“It’s weird, but when you write, or maybe anytime you create something, you want there to be a purpose.  You want there to be an answer to something.  Whether it’s an answer to the callings and yearnings of others or a tool used by God to bring finality to a question—you want it to have a point. …We’re pragmatic. We want there to be a reason behind the experience and a purpose for all the work….”  But perhaps, maybe, “the purpose of creating is not to receive applause but rather to enjoy the gift of acting out one’s God-bearing image.”

“Sergei Rachmaninoff has written some of the most brilliant and masterful classical music ever performed.  Its wonder and technique is vast in its challenge and unrivaled in its beauty.  I once read an article about him that explained the history behind his Concerto No. 2 in C Minor, Op. 18 masterpiece.  When Rachmaninoff attended the premiere of his work, First Symphony in March 1897, he arrived at the concert hall only to find the conductor drunk and the performance a near-wreck.  Cesar Cui, a prominent critic at that time, said,

If there were a conservatory in Hell, and if one of its talented students were to compose a programme symphony based on the story of the Ten Plagues of Egypt, and if he were to compose a symphony like Mr. Rachmaninov’s, then he would have fulfilled his task brilliantly and would delight Hell’s inhabitants.1

The whole event caused Rachmaninoff to enter into a deep depression that lasted more than three years.  The depression was so severe that he nearly ended all efforts to continue any further compositions.  Finally, his family got involved and forced him to see a psychiatrist who was known to cure depression through hypnosis.  The doctor made Rachmaninoff repeat over and over again in his hypnotic trance, “You will begin to write a concerto…you will work with great facility…the concerto will be of excellent quality.”2 After three months, Rachmaninoff began to wake up to the inspiration that had lain dormant in him for so many years, and he began to create his magnum opus, Concert No. 2 in C Minor, Op. 18.  As I read this article by the dimly lit stage and house lights prior to hearing the orchestra execute its magnificence, I was naturally surprised.  An accomplished, talented man whose compositions have been performed countless times for over a century had almost been shot down.  Such splendor would forever have been withheld from millions of ears and—even worse—such purpose would have forever stayed trapped within a man destined to create.”  Excerpt from RAW Inner Workings of a Reawakened Soul, Author’s Note pages iii-vi 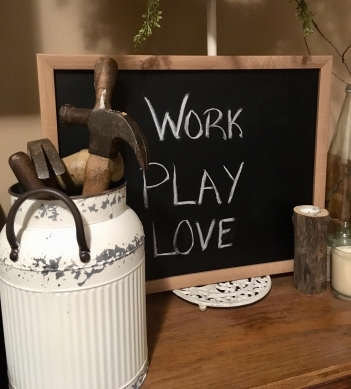 I believe each of us has our own form of creativity.  After all, we are made in the image of the Creator. We bear this God-given gift to be creative in our own right—tailored to the way He has made us.  It’s easy to think of painting, crafting, drawing, singing, writing…etc. when we banter about “art,” which can be really off-putting for the left-brained dominate folks who may not really get much out of art and may even find it senseless.   But thank God, the thread of creativity He has woven in each of us is not confined to our understanding of art.  Creativity comes in all shapes and sizes—wood working, craftsmanship, new recipes, throwing a good party, making a house function, organizing a small space to it’s biggest potential, figuring out ways to motivate people to exercise, finding ways to save money, jury-rigging something broken into something functional, crafting a sentence that communicates professionally an essential key point…..these are all forms of creativity. Creativity is so limitless, just like the God it reflects.

Taking time to be creative can often feel wasteful and inefficient.  It may involve troubleshooting, thinking outside the box, and extra mental space.  But creativity is one of the many reflections of the glory and honor God placed on mankind setting man apart from animal.  “You have made them a little lower than the angels and crowned them with glory and honor.” Psalm 8:5.  I’m not even sure if angels are privy to this type of autonomy and freedom of creative display.  What a gift we have to be able to execute our personal expressions!

Take time today to “waste” in creativity.  Invite God in, no matter how small the creative initiative is.  When you acknowledge your creativity is an extension of your Creator Father, you have begun to worship in the midst of the mundane, in the midst of the troubleshooting…in the midst of just simply living life.  May you enjoy being an image bearer of the Creator God in your own right, living out the gifts He has uniquely given you. 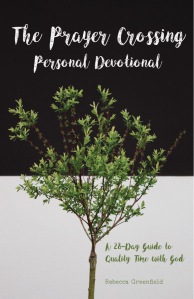 A 28-Day Guide to Quality Time with God.